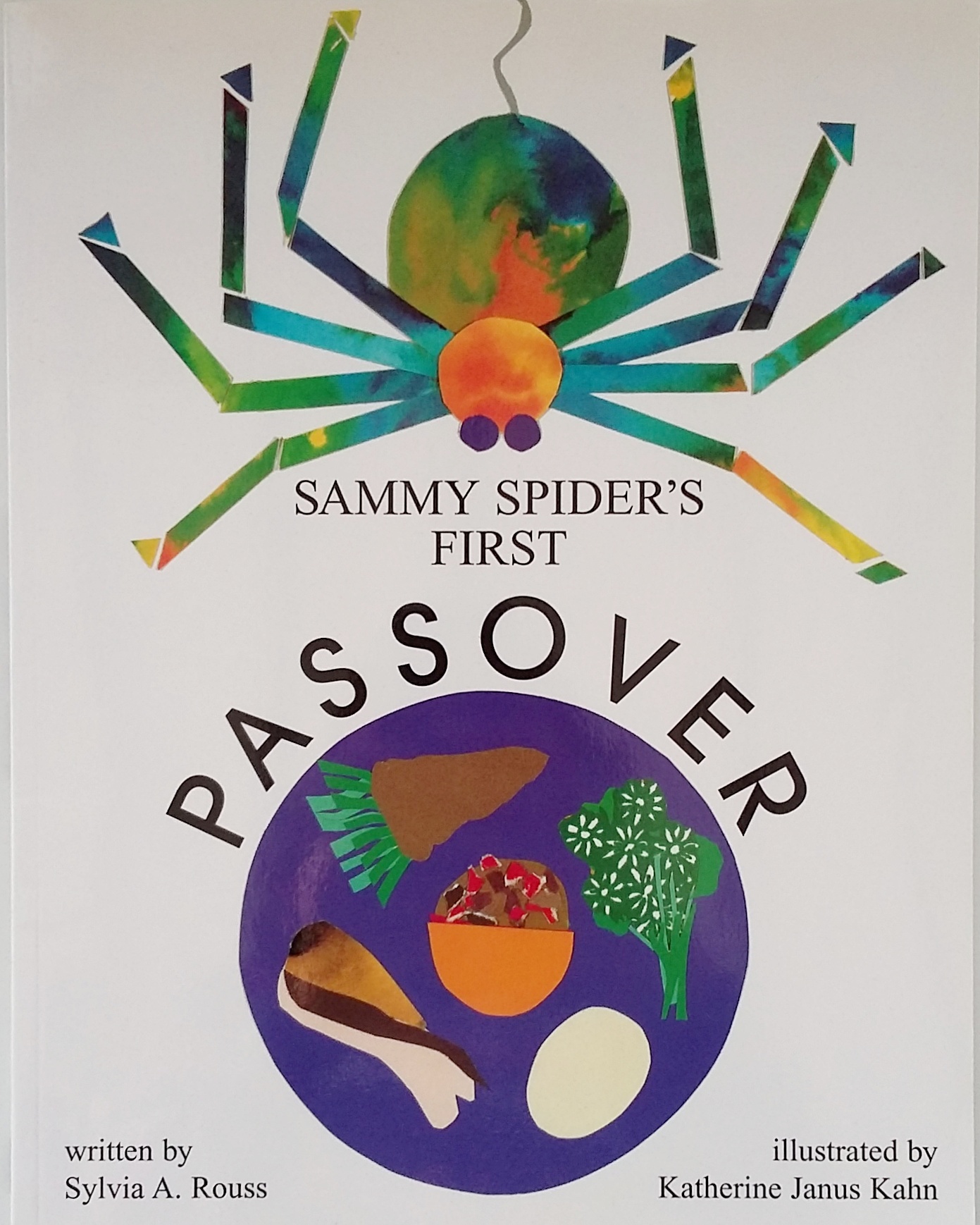 Sammy Spider’s First Passover by Sylvia A. Rouss, illustrated by Katherine Janus Kahn and published by Kar-Ben Publishing is one of a series of books in which Sammy Spider learns and experiences different Jewish festivals and traditions.

Sammy is a spider living on the ceiling in the Shapiro family’s house, his web is disturbed when the family start to clean the house to prepare for the festival of Passover. I wrote about some of the preparations Jewish families go through in the run up to Passover in my last blog post, there is a lot of cleaning involved to get rid of any trace of food that can’t be eaten during the week of Passover. Sammy is intrigued and wants to join in with the festivities but his Mother wants him to help rebuild the web. As they spin their web they observe more of the traditions of Passover – matzah (flat, unleavened bread) the seder (a festive meal at the start of Passover) and hiding the afikomen. The afikomen is a broken piece of matzah that gets hidden during the seder. The tradition is that the children at the seder go looking for it and win a prize once they find it. Sammy is so excited about the afikomen that he spins his web right above where it’s been hidden. In doing so he helps Josh, the boy in the family, to find it and win the prize.

The book is illustrated with bold, cut-out illustrations with Sammy and his Mother changing their bright swirls of colour throughout the book. An additional feature of this book is that it has a focus on shapes running through the story and illustrations, my bigger boy can point out and name the different shapes he spots. This culminates really nicely with the shapes coming together to form the Star of David (The six point star which is the symbol of Judaism).

My bigger boy is looking forward to finding the afikomen at the seder and he likes the page where Josh is looking for it; the illustrations show him looking high and low, even lifting up the cat.

This book is a great introduction to the festival of Passover for children. You can view the rest of Sammy Spider’s adventures in books here: