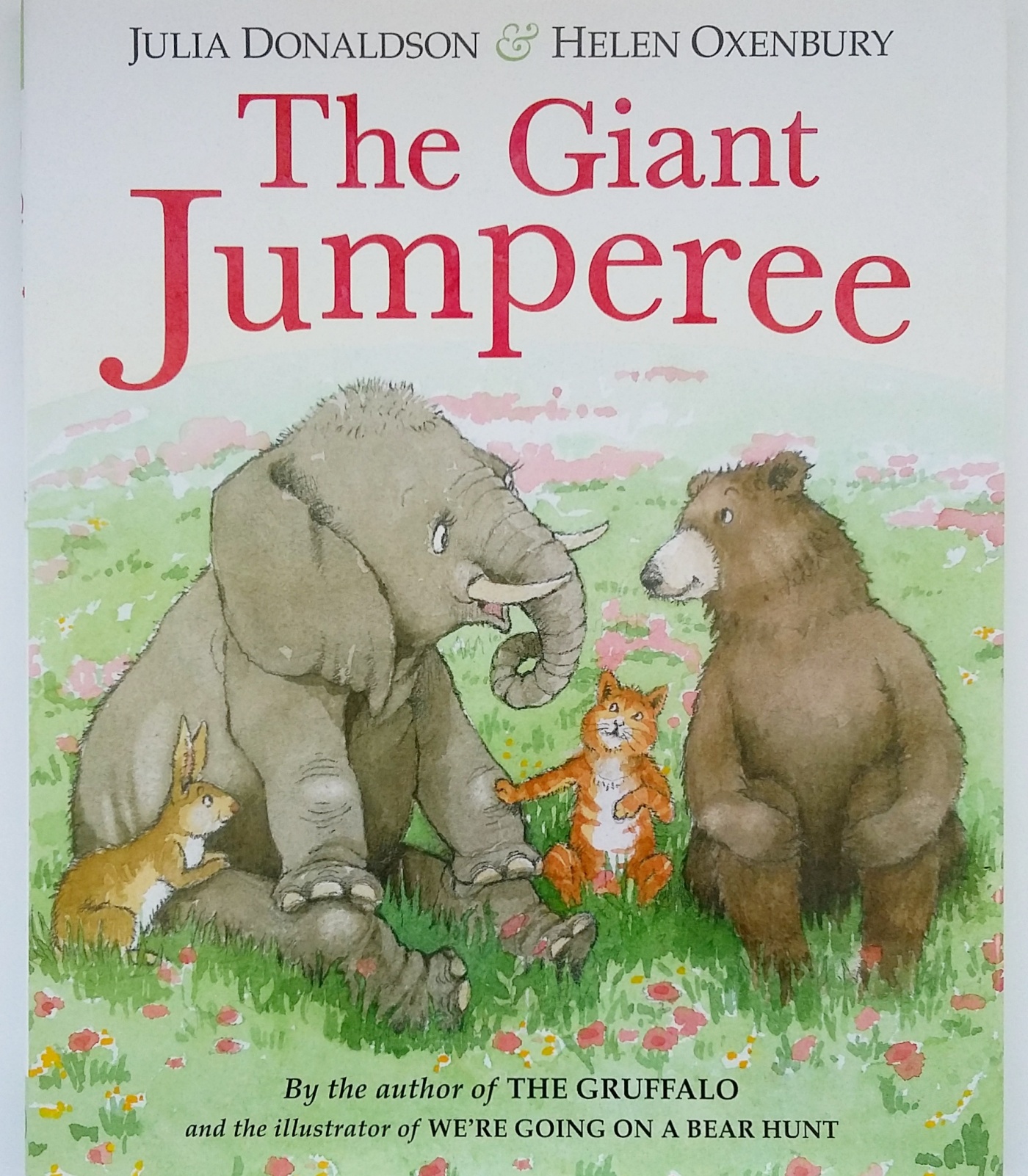 Julia Donaldson has teamed up with Helen Oxenbury for her latest picture book, The Giant Jumperee. Published by Puffin Books this is a beautiful book sure to please fans of both. 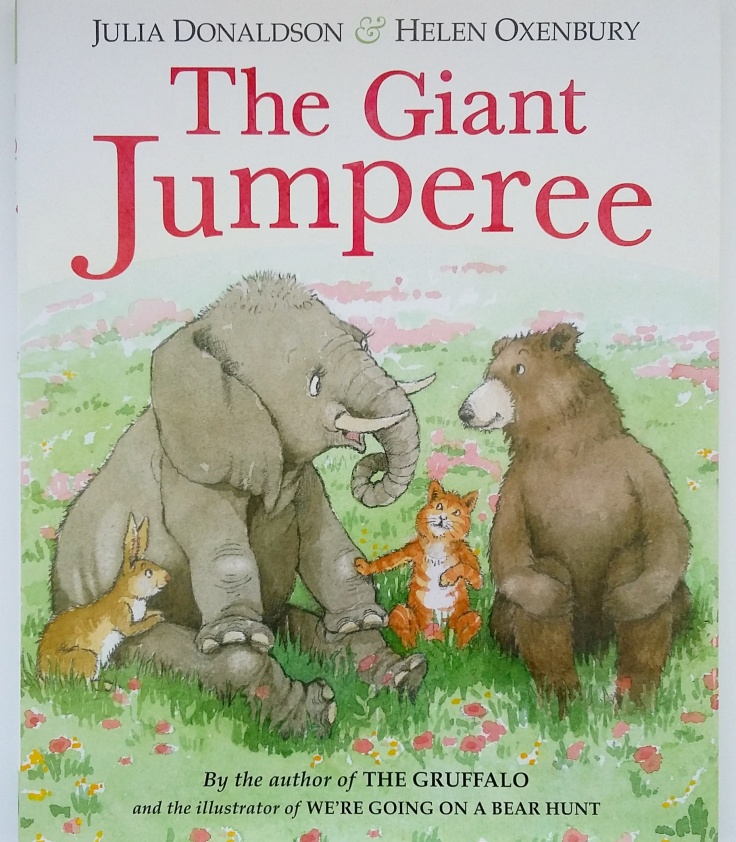 Hiding away underground is a mysterious creature, it calls itself The Giant Jumperee and it’s giving all the animals a terrible fright. Rabbit is the first to discover it as he hops home one day and hears a scary voice booming out of his burrow:

“I’m the Giant Jumperee and I’m scary as can be!”

Little ones will love the reveal the end of the story that also serves as a reminder that things aren’t always as scary as they seem. It always makes my children laugh when they are let in on the sneaky joke.

The repetition as the story builds is great for young children and there are plenty of opportunities to build on knowledge and increase vocabulary. The descriptions of the animals movements are wonderful, it’s hard not to act them out when you read the story aloud: Cat slunk up to the burrow, Bear swaggered whilst Elephant stomped.

Watercolour illustrations by Helen Oxenbury match the story perfectly. The detailed and expressive animals really make this book stand out. Their facial expressions are a masterstroke, brillantly conveying recognisable human emotions. At first they are proud and brave but quickly change to wide-eyed and cowering in fear. My particular favourite is the way Cat holds one paw to her mouth as she tells Bear all about the Giant Jumperee, as though she is anxiously nibbling her nails.

A truly brilliant picture book that is a joy to read and re-read aloud. A perfectly crafted masterpiece from two of the most loved creators of children’s literature.

We ordered this book from Waterstones as soon as we heard it was being released and were over the moon to also receive a print from the book signed by Julia Donaldson and Helen Oxenbury. A book lover’s dream! 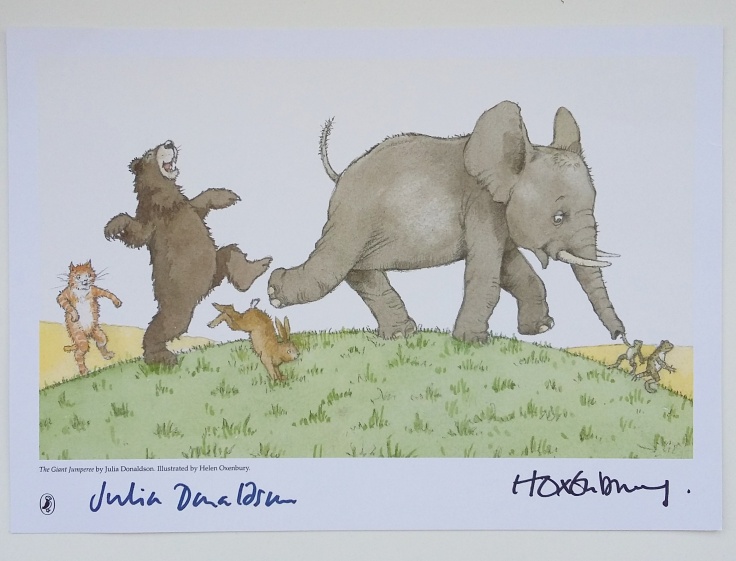 Buy the book at Waterstones.

This post contains affiliate links that won’t change the way you shop but might make us a little bit of money… that we will probably spend on more books.